5 Automotive Stocks To Watch In March 2022

With the advancements in the industry, should investors be watching these automotive stocks?
Total
0
Shares
Share 0
Tweet 0
Pin it 0

5 Automotive Stocks To Check Out In the Stock Market Today

Automotive stocks have been a hot topic of discussion among investors in the past few years. While this section of the stock market may not look too good this year, there remains upside potential in this space. Some investors are putting up a list of top automotive stocks to buy considering that some of the top auto names are down by more than 50% from their all-time highs.

With automotive companies constantly innovating, things are only getting more interesting from here. Unless you have been living under a rock, you would know that every automaker wants a piece of the electric vehicle (EV) market. Not to mention, many new vehicles now come with increasingly capable semi-autonomous driving features.

We could take a look at the likes of Honda (NYSE: HMC). Earlier in the month, the company entered into an agreement with Sony (NYSE: SONY) to establish a joint venture. Essentially, the two companies will be working together to form an EV company. Honda and Sony will leverage upon each other’s strengths and could possibly have an EV on sale by 2025. Besides that, we have Fisker (NYSE: FSR). The company has racked roughly 1,500 reservations for its Fisker Pear, an EV that has yet to be unveiled. The Pear will mark the company’s second EV and will only be delivered in 2024. With that being said, be on the lookout for these five automotive stocks in the stock market today.

For starters, we will be taking a look at legacy automotive company Ford. Through its global operations, it provides consumers worldwide with its industry-leading vehicles. Notably, this ranges from its vast array of trucks and utility vehicles to vans and cars. On top of that, the company is also actively working to electrify its portfolio with the introduction of new EVs. At the moment, Ford offers the F-150 Lightning and Mustang Mach-E which are both fully electric.

Speaking of its EV portfolio, on Monday, Ford revealed plans to launch seven new EVs in Europe by 2024. This includes three passenger EVs and four commercial EVs. Additionally, the company expects EV sales in Europe to be over 600,000 units per year by 2026.

Apart from this, the company also entered into an agreement to form a joint venture with South Korea’s SK On and Turkey’s Koç Holding. In brief, the joint venture will be aimed at the development of a commercial EV battery facility in Turkey. If all goes to plan, production at the plant could begin by the middle of this decade. Taking these developments into consideration, would you buy F stock?

Just like Ford, General Motors is another legacy automaker. Otherwise known as GM, the company has been actively making the shift towards having a fully electrified portfolio. GM has committed itself to launching 30 new EVs for every style and price point by 2025.

For the most part, the company consists of global brands such as Chevrolet, Buick, GMC, and Cadillac to name a few. On top of that, it is also the largest automobile manufacturer in the U.S. and one of the largest worldwide.

Just yesterday, GM announced that it will be starting production of its Cadillac Lyriq next week. The Lyriq is the first of a new lineup of Cadillac electric cars and SUVs as it plans to exclusively make all-electric vehicles by 2030. Cadillac Vice President Rory Harvey also says that dealers can expect the EVs to begin arriving by May. Furthermore, he also added that the company has seen massive interest in the Lyriq, with more than 220,000 people making enquiries. As Cadillac’s first EV goes into production, would you consider investing in GM stock?

Tata Motors is a global automobile manufacturing company. The company’s diverse portfolio includes cars, SUVs, trucks, buses, and even defense vehicles. Although the company has its own range of Tata-branded commercial and passenger vehicles, Tata owns a variety of international automakers. These include South Korean commercial vehicle company Daewoo and global companies such as Fiat and Jaguar Land Rover. Over the past six months, TTM stock has risen by over 30%.

In February, Jaguar Land Rover (JLR) formed a multi-year partnership with NVIDIA (NASDAQ: NVDA). The two have joined forces to work on a next-generation automated driving software to be used in JLR cars.

Accordingly, the driving software, named the Nvidia Drive, will be built into all new Jaguar and Land Rover vehicles starting in 2025. Nvidia’s AI packed software includes automated driving and parking systems as well as driver assistance systems to name a few. With that being said, should you be watching TTM stock?

Following that, we have Toyota. For the most part, the company operates through three business segments, namely automobile, finance, and other businesses. Most of its revenue comes from its automotive segment. In detail, its automotive segment engages in the design, manufacture, and sale of sedans, SUVs, trucks, and so forth.

In fact, Toyota is one of the world’s largest auto manufacturers worldwide and produces about 10 million vehicles per year.

A month ago, the company announced that it will be providing its Toyota bZ4X customers with DC fast charging access through EVgo (NASDAQ: EVGO).

Notably, this would provide its drivers with great flexibility and convenience to quickly charge at various locations. In addition, customers who purchase or lease the vehicle will get a year of unlimited complimentary charging at all EVgo-owned charging stations nationwide. With this in mind, does TM stock have a spot on your watchlist?

Other than that, it also recently entered an agreement to merge its electric motorcycle division, LiveWire, with AEA-Bridges Impact (NYSE: IMPX). Hence, this will make LiveWire the first publicly traded electric motorcycle company. Given this news, will you be riding on HOG stock? 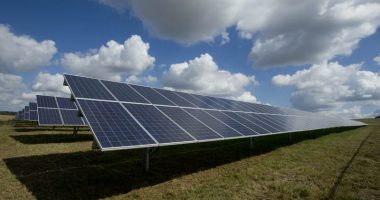 These Solar Stocks Are Growing Despite The Economic Downturn. 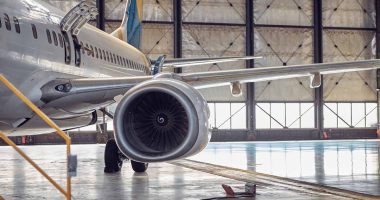 Could these aviation stocks take off in the stock market? 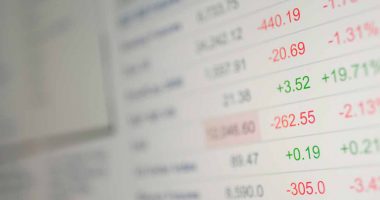 Are investors turning to defensive stocks amid talks of a recession? 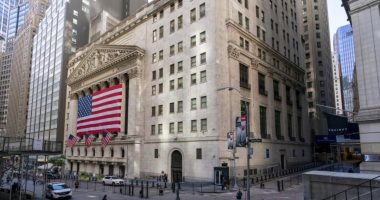 Can the stock market make a comeback after one week of pullbacks?