Best Cyclical Stocks To Buy Now? 4 To Watch In October 2021

Is it the right time to be focusing on these top cyclical names?
Total
0
Shares
Share 0
Tweet 0
Pin it 0

Are These Top Cyclical Stocks Worth Investing In Right Now?

While investors look ahead to crucial economic data this week, cyclical stocks could be a viable play in the stock market now. By and large, this could be the case for those looking to bet on a recovering job market or the long-term economic rebound. For starters, economists estimate that the September jobs report could post payroll gains of 475,000. This would be a significant increase compared to August’s disappointing figures of 235,000 against estimates of 700,000. While this may stir investor hype in the short term, some could also be looking at cyclicals as potential value stocks.

Given the recent weakness in the broader market, some could argue that top cyclical stocks have more room to run in a post-pandemic market. As such, it would make sense that investors are keen on cyclicals trading at more attractive price points. Regardless, companies in this industry continue to make waves in the stock market today. For instance, we could look at the likes of Tesla (NASDAQ: TSLA) and Disney (NYSE: DIS) now. Over the weekend, Tesla reported record quarterly vehicle delivery figures of 241,000 units. This marks a notable 73% year-over-year increase. Meanwhile, Disney recently announced that March 2022 bookings for its Star Wars-themed hotel will begin later this month. All in all, could these top cyclical stocks be worth watching now?

First up, we have Costco, a multinational corporation that operates a chain of membership-only big-box retail stores. In essence, it carries quality, brand-name merchandise at substantially lower prices than are typically found at conventional wholesale or retail sources. Furthermore, its warehouses are designed to help small- to medium-sized businesses reduce costs in purchasing for resale and everyday business use. The company’s Costco Wholesale Industries operates a manufacturing business that includes special food packaging, optical laboratories, meat processing, and jewelry distribution.

COST stock currently trades at $437.85 as of 11:52 a.m. ET and is up by over 15% year-to-date. Last month, the company reported its fourth-quarter and fiscal year 2021 operating results. Diving in, net sales for the quarter increased by 17.5% to $61.44 billion. Impressively, Costco saw comparable sales for the quarter grow by double-digits across all its segments. It also posted a net income of $1.67 billion for the quarter, or $3.76 per diluted share. All things considered, should investors be paying attention to COST stock today?

Southwest Airlines is one of the major airlines in the U.S. and is also among the world’s largest low-cost carriers. The company has a robust network of point-to-point services with a strong presence across top leisure and business markets. Pre-pandemic, the company operated more than 4,000 weekday departures among a network of 101 destinations in the U.S. and 10 additional countries. LUV stock currently trades at $55.08 apiece as of 11:53 a.m. ET and has enjoyed gains of over 35% in the past year alone. Today, Barclays has upgraded LUV stock to an Overweight rating after having the airline stock set at Equal Weight.

Analyst Brandon Oglenski and his team say that blue skies lie ahead for the airline sector and the likes of low-fare carriers like Southwest in particular. He also notes that Southwest features a ‘fortress’ balance sheet, a favorable order book with Boeing (NYSE: BA), and a historically profitable business model. This would add up to a bullish short-term view for the company. In late September, the company announced that together with Walt Disney World Resort, they will be co-branding a commemorative aircraft honoring 50 years of connecting people with memories and magic as each company celebrates its 50th anniversary in 2021. Given this exciting piece of news, should you consider adding LUV stock to your portfolio right now?

Following that, we have Penn National Gaming, an operator of casinos and racetracks. In fact, the company operates one of the nation’s largest and most diversified regional gaming footprints, boasting over 43 properties across 20 states. It is also a highly innovative omni-channel provider of retail and online gaming, live racing, and sports betting entertainment. PENN stock currently trades at $75.83 as of 11:53 a.m. ET.

In August, the company announced that it will be acquiring Score Media and Gaming (NASDAQ: SCR), a leading digital media and sports betting and technology company for approximately $2 billion in cash and stock. Jay Snowden, President and Chief Executive Officer of Penn National, commented, “We are thrilled to be acquiring theScore, which is the number one sports app in Canada and the third most popular sports app in all of North America. theScore’s unique media platform and modern, state-of-the-art technology is a powerful complement to the reach of Barstool Sports and its popular personalities and content.” With that being said, is PENN stock a top cyclical stock to consider buying?

Another company to consider in the cyclical trade today would be the General Motors Company or GM for short. For the most part, GM would stand to benefit from a recovering economy across the board. On one hand, the company’s consumer offerings would continue to shine amidst the current shift towards electric vehicles (EVs). On the other hand, the company appears to be making a similar push on the industrial front as well.

As of last week, GM’s commercial EV business BrightDrop, is now working with Verizon (NYSE: VZ). Namely, BrightDrop will be adding a second van to its EV lineup in 2023 and Verizon will be the first to receive the midsize commercial van. This would be on top of GM’s current plans to supply FedEx (NYSE: FDX) with its first-gen electric van, the EV600, by this year-end. Now, given all of this, GM’s stake in the EV industry continues to grow. As more established companies turn to GM for its EVs, investors could, ideally, be doing the same with GM stock. If anything, the company’s shares currently trade at $54.49 as of 11:54 a.m. ET after gaining over 35% year-to-date. Could this make GM stock a top buy in your book? 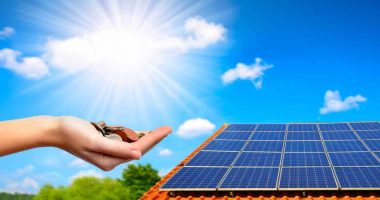 Forget about oil & gas stocks, these clean energy stocks are the better investment in the long term. 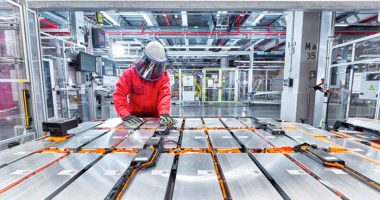 Could these EV battery stocks continue to charge forward as demand is on the rise? 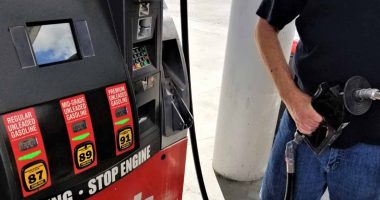 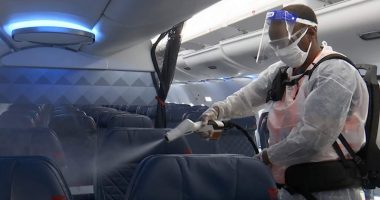 Airline stocks have surged as hopes of a vaccine from Pfizer and Moderna boost the markets.